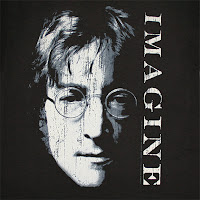 Music was the third kind of Arts that I chose to trigger teenagers to express themselves about a controversial issue,i.e. peace/war. I used a worksheet from http://busyteacher.org  Imagine - John Lennon but of course it is up to you to adopt the task according to your students' level and skills.

I have chosen this particular song because I wanted to motivate my teenage students to talk about a universal topic concerning most citizens, intrigued by a well-known composer and singer. It gave my young learners the stand to express their thoughts, opinions and feelings on the matter, not because they were externally motivated by a reward or lesson object but because they would get the satisfaction of completing a task on a topic that interests them. They had the opportunity to develop both their higher and lower thinking skills since they were involved in preparing an interview with the singer and summarising the main points of the song.

And here is the lesson plan

Step 1
First, I had my Intermediate students listen to the music of the song without the lyrics. They immediately recognised it since they had heard it many times before. I asked them whether they know any of the lyrics or even some words of the song. Obviously, they were motivated to complement each other in  group work.

Step 2
In the next stage I distributed the worksheet with the word gaps and I encouraged them to fill in the missing words in  pairs. These both first lesson activities activated the learners’ knowledge and contributed to them being introduced  to the listening activity. The outcome was quite satisfactory as they completed the task with no difficulty although they did not know every word of the lyrics. Thus, I could go on to evaluate and expand in the meanings of the song with questions that induced  their thinking skills, e.g. comprehension, analysis and evaluation.

Step 3
I asked them to write down questions that they would like to ask John Lennon. Let them act the interview. It is a good practice of forming questions and replies.

Step 4
Let them summarise the main points of the song and express their feelings and opinion. As I have called it Listen- Feel - Ask.
How do you feel when you listen to the song?
Does it make you think?

The main advantage was that almost every student showed interest and wanted to participate in the process, which proved that they were motivated by the topic and they were encouraged by their peers and their teacher to complete the activities. They were involved in pair and group work as well as  autonomously. They practised their speaking, listening and writing skills, were engaged with concepts like peace/war/religion, expanded their vocabulary and felt approved by their peers and their teacher.

However, there was a problem that I had anticipated. They seemed to have difficulty in expressing themselves to some extent on controversial issues, e.g. religion, countries. This could be because they do not have the commensurable experience and language level. I tried to motivate them by referring to previous lessons where we talked about our ideal city or world. I encouraged them to adapt those ideas in the new discussion. It was a good opportunity to show them that their knowledge is not restricted to one issue and that it can be used tailored to the situations accordingly.

In my opinion, the students have enjoyed this new listening task and discussion approach as it was an enjoyable, different activity from the standard ones they cope with in their coursebooks. Furthermore, we were able to develop and put into practice various skills and sub-skills, i.e. speaking and writing, analysing, applying and evaluating a piece of work.
Posted by Georgia at 07:54 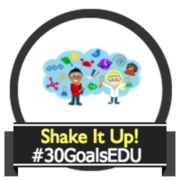 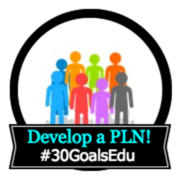